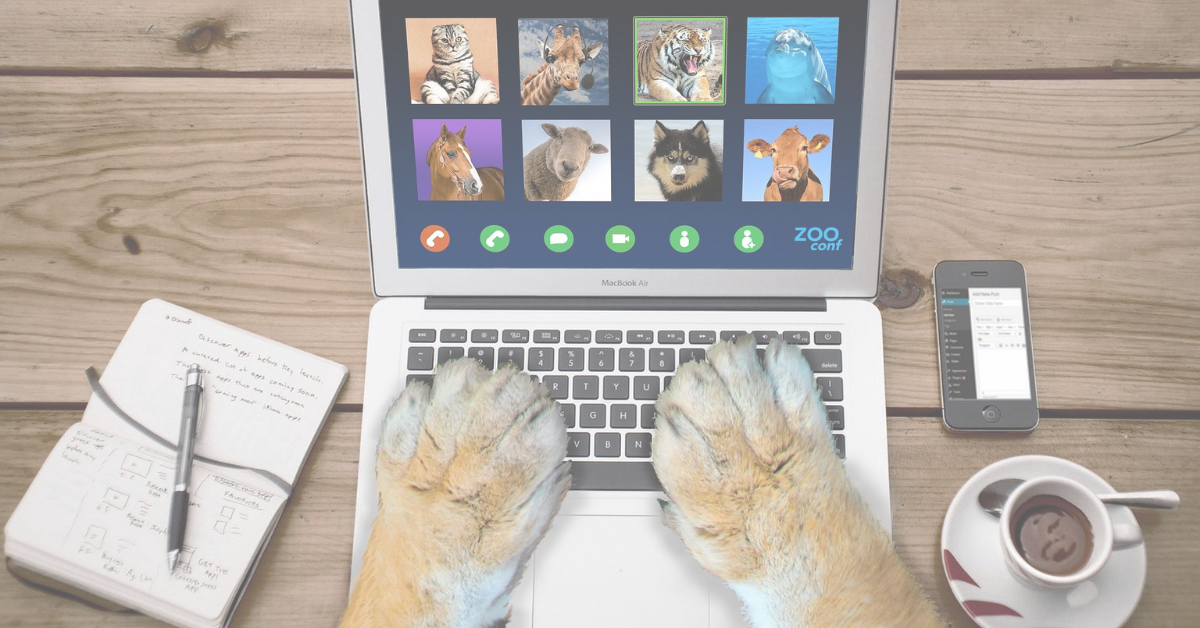 Tip: Be sure to call ISPs before moving to a rural location (or buying a property) to make sure you can get the service you need!

Internet terminology can get confusing. Here are some answers to common questions about internet speed to help you understand your internet service better.

What is considered to be high-speed internet?

The FCC defines broadband internet as a connection speed of at least 25 Mbps download and 5 Mbps upload. That said, high-speed internet is not a defined term. It may be applied to lower connection speeds. Even on the Webfomrix Value Streaming plan (6 Mbps download, 1 Mbps upload), you have enough speed to email, browse the internet, game, and stream video in standard definition (1 stream). So fast internet will depend on how you use the internet and how many people and devices use your internet at a given time.

What is the difference between broadband and internet?

The difference between broadband and internet is that broadband is a particular speed that your internet connection may (or may not) reach. The internet itself can move at different speeds.

Do I have broadband internet connection?

You have a broadband internet connection if your internet speeds are at least 25 Mbps download and 5 Mbps upload.

What percentage of the population is without broadband internet options?

What Internet Speed Do You Need?

Generally speaking, upload speeds are 1/10th of download speeds. For telecommuting and gaming, you may want more upload speed for Zoom meetings and multiplayer online games. The FCC Household Broadband Guide is a great resource to help you understand your internet needs. Keep in mind that Webformix plans are not broadband per se because fixed wireless internet is a little different, more on that later.

Webformix internet plans consider all of these factors. Plans can be customized to add more upload speed if needed. There are no data caps, no contracts, and no hidden fees.

When considering what type of internet service plan you need for gaming, it is important to know the different types of games and the different requirements they have. As noted above, 5 Mbps or more is enough to download a game from the internet. When you play a game that is downloaded, you do not need much download speed. You do need more upload speed since you want your actions to occur “in real-time.”

If you play games that are streamed, it is similar to streaming video! That means significantly more bandwidth is used. The best internet plan for gamers is going to depend on the type of games. You’ll want to think of streamed games as similar to video streaming and be aware that those types of games will leave less bandwidth available for other devices and internet users in your household.

Streaming video in standard definition (SD) or high definition (HD) takes up about 5 Mbps of download speed per screen. That means if two people are streaming video simultaneously, it requires about 10 Mbps, or 15 Mbps for three streams. So when you pick your internet plan you must consider if your kids are streaming cartoons while you are streaming Netflix because that would require 10 Mbps instead of 5 Mbps.

When it comes to watching a video in ultra-high definition or 4K, you’ll need a very robust plan that offers at least 25 Mbps download speeds. If internet plans with such high speeds are not available to you, you can change the video settings to adjust the video quality to SD or HD if Ultra-HD or 4K consume too much bandwidth.

Data caps are a limit that an internet service provider places on internet usage. These caps are intended to discourage excessive use by “throttling” (limiting) the amount of data you can transfer online. A data cap of 1 terabyte (TB) usually is not problematic for most users. That is enough data for you to binge 99+ hours of Netflix in high definition (HD) three times in a month. One hour of video streaming can use up to 3 GB of data in standard definition (SD) or high definition (HD) (4k video streaming uses roughly 7 to 14 GB of data per hour).

However, some internet service plans have data caps at lower levels that can be problematic. What’s worse is that you can get charged extra for going over your data cap if you are not careful. Unlimited bandwidth internet plans are plans that do not have data caps and will not throttle your internet speed. Be very careful when choosing plans because an ISP may advertise that they provide unlimited bandwidth, but it may not apply to all of their plans!

To determine what you need in an internet service plan, you need to consider your habits for downloading, uploading, streaming, and overall internet bandwidth use. We’ve talked about speeds and bandwidth, but you should also be aware of a factor called latency. Latency is a delay in data transfer that impacts online gaming and streaming. If you have a lot of latency, it may take videos a long time to buffer or take a long time for web pages to load. In addition to your use habits, you’ll need to consider the number of people and the number of devices in your household as well. The more simultaneous internet users there are in your household, the more capacity your plan may need (and the more latency may be an issue).

What Types of Internet Service are Available?

You’ll notice that the main difference between all of the different types of internet service is mainly in how they move data. Some work through phone lines, others through cable lines, satellites, or communications towers. Each type of internet has its pros and cons, but not all types are available in all locations.

Dial-up is old-fashioned internet that works via phone lines. It is not in current use except in very rare circumstances. Dial-up internet is very slow and should only be used as a last resort.

Broadband internet generally refers to any high-speed internet access that is always on and faster than dial-up access. The FCC requires it to have at least 25 Mbps download speed and 3 Mbps upload speed (Mbps means Megabits per second). Wireless Internet, DSL, Cable, Satellite, and Fiber-Optic Internet are all types of services that are capable of offering broadband internet services. Whether you actually get “broadband” speeds from the “broadband” company depends on the actual service plan you select.

The Webformix Super Power User plan is considered to be broadband, but our more popular plans are not “broadband” even though they run on the same infrastructure. Customers still achieve satisfactory speeds nonetheless!

DSL internet can be delivered simultaneously with wired telephone service on the same telephone line. This is possible because DSL uses higher frequency bands for data. With DSL, a DSL modem is hooked up to a phone line which the phone company connects to a DSLAM (concentrates customers). The customer needs to be located within range of the DSLAM which usually encompasses a few residential blocks. DSL can be available in rural locations, but the farther you are from the DSLAM, the slower your speeds will be regardless of the plan you select. You may also experience latency issues if the DSL company does not have enough bandwidth to accommodate all of its users at peak usage times.

What cable internet providers are in my area?

If you live in Oregon, cable internet is available from TDS Broadband (Bend Broadband) and Charter Spectrum.

Is there an alternative to cable internet?

What is better satellite or cable internet?

Fiber-optic internet, or “fiber,” is one of the newest advances in internet technology. Simply put, it is super fast! Fiber internet is unique because it transmits information in the form of light rather than electricity. Fiber internet availability is limited, but it can be a great option where it is available.

You can get internet through satellite, but it tends to be expensive and slower than more traditional internet services.

You can get high-speed internet with satellite, but it is often very expensive and can still have high latency and data caps. For example, Webformix fixed wireless internet offers broadband speeds for $135 per month, but a comparable satellite internet plan from Viasat would cost about $150 to $200 per month.

Unlimited satellite internet plans generally still impose a monthly threshold. This means that their plans will decrease your speed and lower the priority of your data transfers (internet use) once you hit that monthly threshold. With Webformix, you get a more reliable internet service that does not have any data caps or thresholds. Fixed wireless internet from Webformix is truly unlimited.

Satellite internet is not better than DSL for most internet clients. Even in rural locations, DSL internet is usually cheaper, faster, and more reliable.

Satellite internet is not as fast as cable internet. While the two can have similar download speeds of 20 Mbps to 100 Mbps, satellite internet has slower upload speeds, higher latency, and can experience outages in poor weather conditions.

You can get broadband through a satellite dish, but broadband speed satellite internet service tends to be very expensive and has data caps.

Satellite internet is not the same as WiFi. Satellite is a type of internet service where the signal travels to space. That signal is delivered to your devices through a wireless router that provides WiFi connectivity. Some types of satellite internet do have a built-in router on the satellite dish.

You can get WiFi through satellite internet, just like with any internet service.

Unlike satellite internet, the weather does not affect fixed wireless internet.

What is the difference between fixed wireless and mobile wireless?

What is fixed wireless phone?

A fixed wireless phone is also called VoIP. VoIP is a phone service that works over your internet connection. This is different than a wireless phone which is the same as a cell phone.

Specifically, there is no 5G internet service or cell service in Bend, OR, or Grants Pass, OR at this time. Hypothetically, a company could put up their own 5G tower in the area, but that would be cost-prohibitive. Be sure to ask what exactly internet companies mean by "5G." Check to see if there are actually any 5G towers in your area, and see who is authorized to operate on those communications towers.

Deciding on an Internet Plan

If you are having a hard time deciding on your options, the first thing to do is find out the type of internet service offered to your location. Next, you can note how many people will be using the internet, how many devices will be used at the location, and what type of uses (gaming, streaming, telecommuting). With that information, you will be well prepared to call up the internet service providers and compare what they have to offer you.