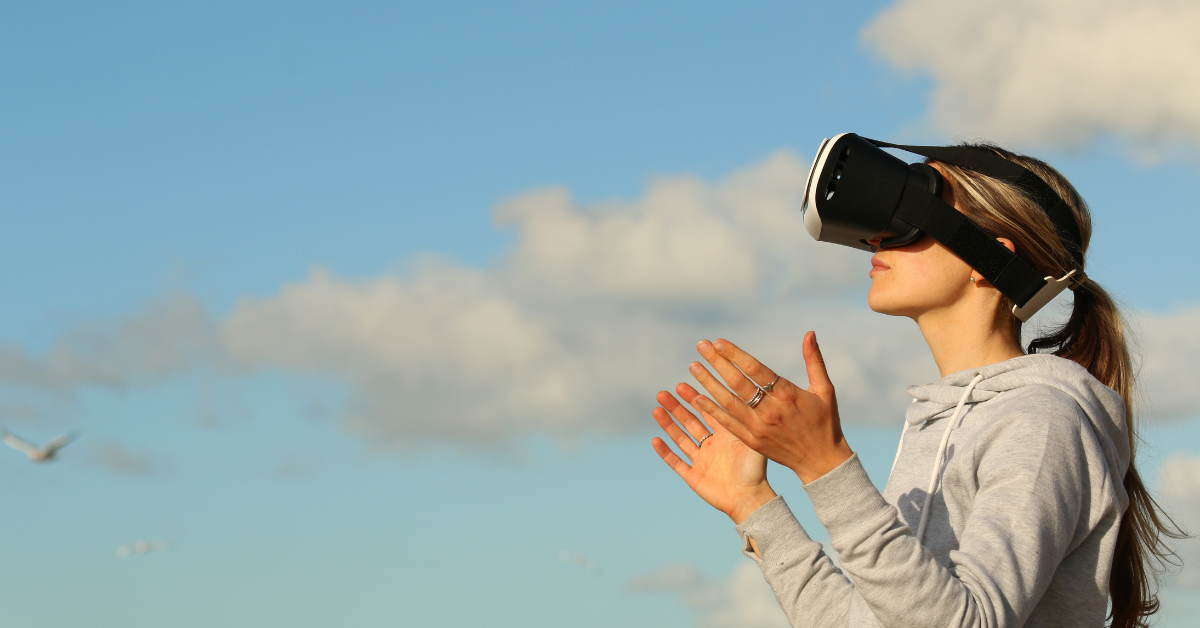 What is Virtual Reality and How is it Used?

By Sabine DownerJune 3, 2022No Comments

Home » What is Virtual Reality and How is it Used?

We’ve explained AI, so now it’s time to give you the breakdown on virtual reality. Virtual reality (VR) was once a thing of science fiction. Today, VR has re-emerged to mixed feelings. In addition to virtual reality, there is also augmented reality (AR). AR has become more widely embraced and is commonly experienced through your phone. Virtual reality, on the other hand, requires the use of a VR headset. VR headsets provide an immersive illusion that the user can experience. But just how are we using VR?

When people connect digitally, the experience is mediated by computer screens and hardware. Virtual reality seeks to create seamless digital environments without the awareness of computer screens and hardware. Of course, creating this illusion does require a VR headset to be used. When you wear a VR headset, you will obviously know that it is on your face. However, your presence inside the virtual reality world it projects will feel so realistic you may forget about the headset. Examples of VR headsets and consoles include the Oculus Quest, PlayStation VR, HTC Vive Cosmos, and Valve Index. These headsets have LCD or OLED panels inside that create a 360-degree environment. In that virtual environment, you can move your virtual hands and body as if it were real life.

Augmented reality is not immersive like virtual reality. It creates a much more engaging and interactive experience, but you remain aware and connected to the real world. Examples of AR include smart glasses like Google Glass and Microsoft HoloLens. AR is also used in games and apps like Pokemon Go. You do not get an immersive experience with AR, but it certainly has some great uses that would not be accomplished by VR. Instead of replacing reality, AR adds to reality. AR and VR apps can be downloaded from app stores. AR and VR apps fall into a few different categories. There are games, virtual tours and shows, and apps for creating and designing.

How is Virtual Reality Used?

Virtual reality has a reputation as a platform for video games. Indeed, it is mainly marketed and used for entertainment purposes. However, that could change in the future. WIRED reports that VR has promise for education, design, telecommuting and office work, and even medical applications like treating pain and PTSD. Here are just some of the ways VR is being used beyond gaming.

VR in Films and Journalism

By taking advantage of virtual reality, filmmakers and journalists can give their audience a 360-degree experience. VR documentaries can bring people to foreign countries and allow them to experience things firsthand. VR documentaries can even be seen on YouTube! This virtual reality trip to the Grand Canyon has a navigation button in the upper left corner. You can use it to navigate the video footage as if you were in Google Street View!

Tourism is another area of opportunity for virtual reality as you can see in the Grand Canyon VR experience from YouTube. These virtual tours are made using wearable cameras like the GoPro. You can even take a virtual journey to Mars, all from the comfort of your home!

Facebook has acquired the VR firm Oculus in hopes that virtual reality can bring people together. Normally, VR is a solo experience that isolates you from other people and your environment. However, Oculus is releasing social software that aims to bring people together in virtual environments such as virtual cinemas and virtual interactive rooms. Augmented reality is also being widely used to create fun interactive photo filters. You can see AR filters in social media apps like Instagram and Snapchat.

Using VR for Sports and Music

Virtual Reality for Medicine and Health

VR is being used for therapeutic applications like rehabilitation for stroke, spinal cord injury, and amputees. It also shows promise for medical training. The company Medical Realities uses VR and AR to train medical students. This allows students to experience simulated surgeries and virtual clinical environments.

What would this paint color look like in your home? How about that sofa and lamp? Brands like Ikea allow you to virtually experience their products in a digital version of your home through AR apps. Measuring apps are also very handy and let you take measurements just by aiming your phone at an object.

VR headsets and equipment can be expensive. However, there are some that are more affordable than others. You’ll see options for tethered (cords) or cordless VR sets. Tethered VR sets are cheaper overall.

These are two VR headset brands that are the most expensive. They are also aimed towards gamers that are looking for a premium VR gaming experience. Their best-rated VR headset models cost from $800 to $1500. Cheaper models from these brands that are rated lower cost around $500 to $700.

Oculus is probably one of the better-known brands of VR hardware. They have two main models, the Oculus Quest and the Oculus Rift. The Oculus Rift requires a PC for operation but the Oculus Quest 2 pairs with a smartphone app. Oculus is also a fairly affordable technology with VR headsets costing $300 to $700 and cheaper options still being well-rated by shoppers.

PlayStation VR costs around $400 but buyers mention that you may need to purchase accessories like a camera in order for it to work properly. You do need to have a PlayStation 4 console in order to use the VR headset though. So if you consider the total cost this headset may be less affordable than it appears. Still, the PlayStation VR is one of the more affordable headsets and it is a great option if you plan on using VR mainly for gaming. PlayStation VR does also have a fairly large library of VR experiences along with games. It is going to be the best bargain for people who already own and use the console though.

With Google Cardboard you can use your smartphone as a VR headset. While this isn’t a genuine VR experience, it is the most affordable. Google Cardboard is a cardboard headset with lenses that you slide your phone into. They only cost $10 to $40 with more expensive options having plastic construction.

Samsung is also offering special headsets to turn your phone into a VR headset. The Gear VR headset is compatible with Galaxy smartphones that use Micro USB or USB Type-C connections. The Samsung Gear VR costs from $100 to $200 but beware of used models and knock-offs for sale at too-good-to-be-true prices.

Virtual reality headsets are not cheap, but devices like Google Cardboard and Samsung Gear offer affordable options. Still, people tend to either love VR or feel pretty ambivalent about it. However, looking beyond entertainment, VR and AR have a lot to offer us. They could bring new advances to education on medicine that we can all get excited about!