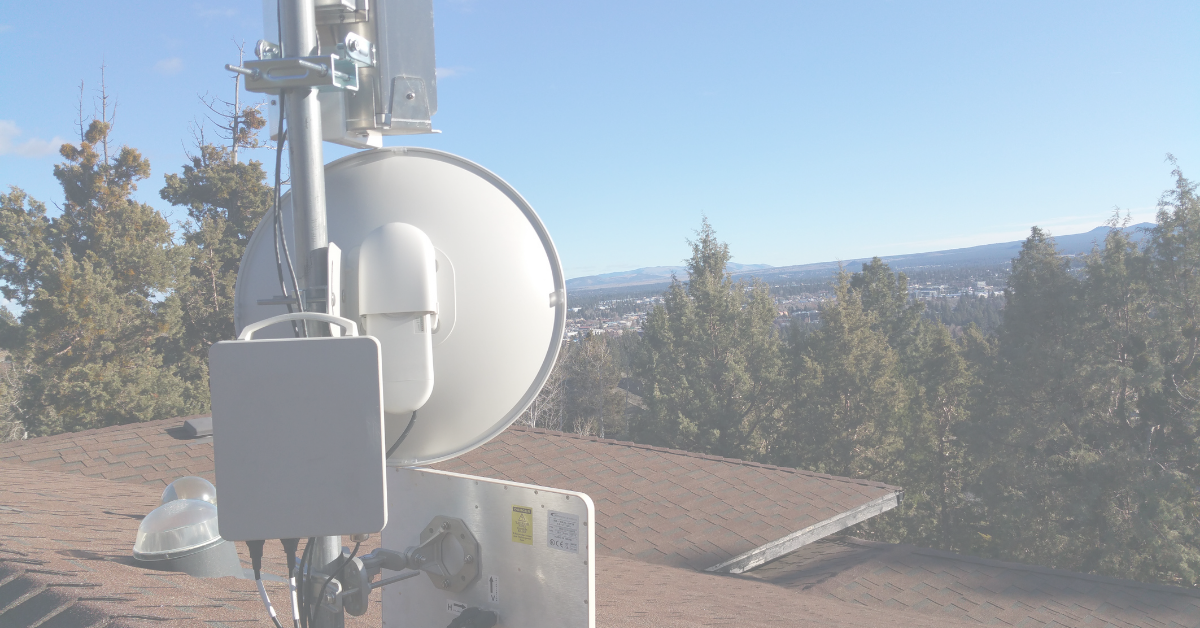 By Sabine DownerDecember 24, 2021No Comments

A WISP works to serve you with wireless internet by placing radio antennas on communications towers. Those antennas transmit internet signals to an antenna that is mounted to your home. The antenna on your home works as a modem and connects to a wireless router. That router is what gives you WiFi. You can also connect to the router directly with an ethernet cable for a stronger connection.

3. What is terrestrial wireless?

Terrestrial wireless is another term for fixed wireless internet. The term terrestrial is used because signals come from communication towers that are on land and do not travel to space like satellite internet.

The wireless internet transmitter on the communications tower is the WISP access point. The access point is a device used to provide internet connectivity for multiple client devices.

The WISP network consists of all of the communication tower transmitter sites and additional infrastructure sites like repeaters and “WISP backhauls.” All of this infrastructure combined forms a network that provides you with fixed wireless internet service.

6. What is a WISP backhaul?

A WISP backhaul is a specialized transmitter that creates a high bandwidth link between two towers that disperse wireless internet signal to the client’s transmitter (on their home).

8. How fast is WISP internet?

Webformix is a WISP with internet speeds that can reach up to 30 Mbps download speed and 5 Mbps upload speed. The top speed of fixed wireless internet can vary by location and the type of technology used.

Yes, wireless internet signals are radio waves. Most often they utilize the 2.4 GHz and 5 GHz wavelengths. These wavelengths are safe but they are becoming crowded. Since the FCC does not require special licensing to use them, the 2.4 GHz wavelength is also used for baby monitors, TV remotes, and garage door openers. Your kitchen microwave actually operates on a higher wavelength, 2.45 GHz.

10. What is a point-to-point wireless network?